What cora and I wanted to do was have mike get our Home redeemed and us pay him back for redeeming it. But Patty Adam and Mike had other plans for themselves and us. They suggested moving us into a run down trailer. I mean, if you had seen it you would have puked. You could smell the sewer backed up from the street (and this was in the winter time). There was food left out rotting as well as food left in the fridge and rodents everywhere. All while we had our son (who was only a month old) if we moved in.  They suggested it as a fixer. But the amount we were getting was only enough to buy it.  Mike wasn't going to give us the remaining $12,500 until next year due to his claim of a tax rule not allowing it. But decided to do so now and demands that an "I haven't wronged you" clearance of claims paper be signed before Cora gets the $12,500.

We had to sign the paper under duress and we brought that to Amy's attention. So she put that in the contract to make that we couldn't duress. My opinion is that she's and aiding and abetting lawyer that takes advantage of people (Cora) with limited mental capabilities. 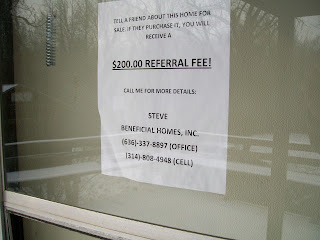 Patty was due to profit from the sale of the trailer.. Most likely Mike gave her a piece of the action $$$ anyway.
Posted by slh at 11:24 AM No comments:

And his response is not to work something out with me.
Posted by slh at 12:43 PM No comments:

This one of those things that mike failed to mention. Cora would be getting her disability backpay and with the gifts, we could have recovered our home. But as always, a ruthless shark in dolphins skin made sure that we didn't have enough all at once to make that happen. It was all just stall tactics with Dean Peters being used to get in the door. Oh, Dene offered me $40,000 for my house then Mike ran him off and offered me $50,000. I could, among other things,  have had a bidding war between those two. But mike made sure that didn't happen by telling Dene that I didn't have to decide now. Then walked out and talked to him on the street.

Here's the sales contract that he threw at me a few days later. Then claimed to go back and forth with larry ehnen

I mean really. The guy gets $102,000 salary working as the vice president of JWCC.edu.

So how much is too much....Especially when you prey on the ignorance of a disabled student.

All I know is that his character defect was riding high.

The Larry files (Twin Mills Investments) that prove that I tried to pay my real estate taxes but wasn't allowed to unless I had the lump sum. I even pleaded with him to let me make payments.

This is why Larry is the Property Predator

cora - elbe discussion on linked in

This publicly viewable journal is protected speech. It's validity is protected by facts or opinions based on fact.  Taubman v. Webfeats, and Penn Warranty Corp. v DiGiovanni caselaw are appropriate opinions that may be used to protect this journal against any claims by anyone.  This site is protected by a statutory copyright. By viewing, using or printing any portions of this journal you agree to indemnify and release the producer of this journal of any liabilities or damages as the result of its use. You also agree to lay no claims to it, its creator, or associates.
Posted by slh at 3:00 AM No comments:

See today's fax that outlines Mike Elbe's deception and greed towards one of his students at John Wood Community College. I wasn't sure that Administrators should get involved in student's lives on a personal level or let alone, profiteer off of them. And yes, Cora has been a student since 2010. I don't recall any school policy on this type of swooping down and preying on a student's despairs. Especially when she has a 4 month old son.